Hastings is an area in central Kolkata between the Maidan (large open park) and the River Hooghly named after Warren Hastings, who was the first Governor-General of Bengal then the whole of India from 1772 to 1785.

This was originally the military area of the city and several landmarks remain including Fort William, the Lascar War Memorial, and the Ordnance Club, as well as the racecourse.

This is also where one of the city’s major thoroughfares feeds onto Vidyasagar Setu, the impressive suspension bridge crossing the Hooghly River which was completed in 1992. There is a complex network of approach roads to the bridge and under the flyovers live squatter communities. The community comprises about 2,500 people (500 families). They live a precarious existence in accommodation constructed of scrap materials.

The people who are forced to live in this location are very poor. They struggle to find employment and to access government services due to their marginal existence and lack of status. Drug addiction is a serious problem among men and children. The children are particularly vulnerable and some are orphans. A lack of municipal schools in the area means that many older children are out of formal education. Some work as rag-pickers while others help to look after horses at the nearby racecourse. 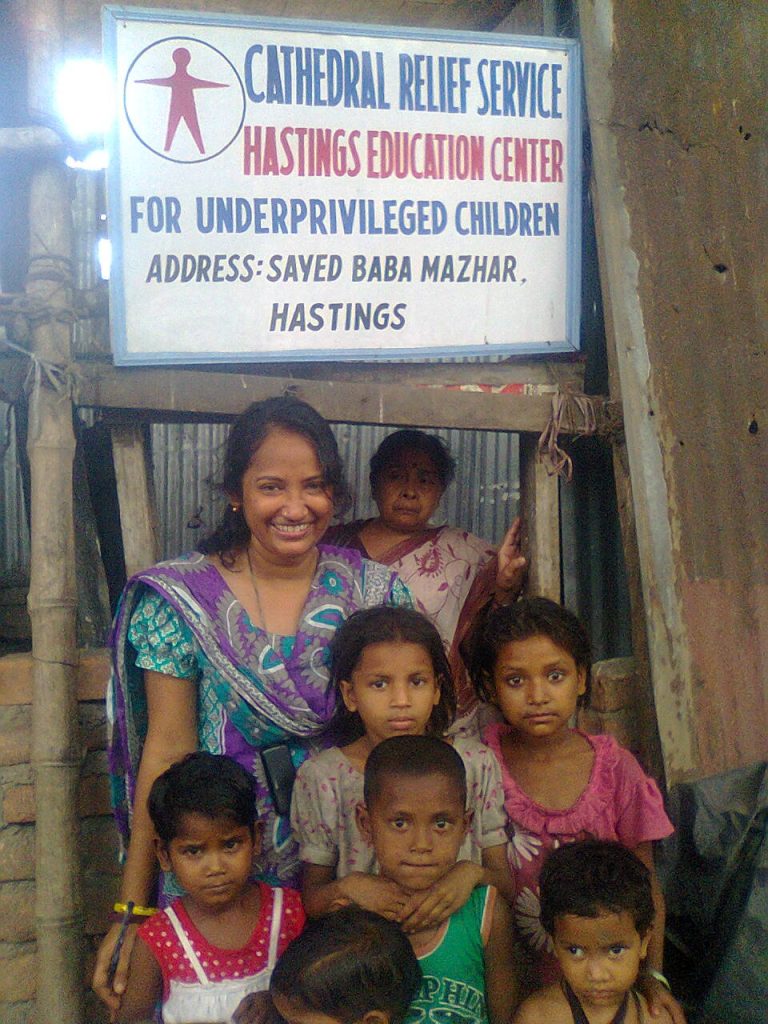 The Director of CRS was out walking with his son one day and came across this very poor community living under the concrete flyovers. He met one of the community leaders and they agreed that CRS could provide some assistance. Work started in 2013 with a small school.

CRS is currently in conversation with a local councillor about providing a better site. Once premises have been secured CRS plans to expand the school to cater for primary age children (6 to 12 years).

CRS is running an education programme for 60 children aged 3 and 13 years who live in the streets and in the nearly slums. The curriculum is based on ‘joyful learning’ methods.

For the mothers of children attending the Education Centre, the women’s empowerment programme offers training in tailoring.

The community is also supported through a health programme. Once a month, a mobile school health clinic visits. The service includes doctor’s check-up and distribution of medicines. There is referral to government hospitals when required. Many of the school children receive iron supplements for iron deficiency anaemia. Awareness camps are held in the community to spread messages about good health and hygiene. Health camps are also held in collaboration with other agencies targeting particular health issues. Drinking water facilities have also been provided at the school.

Support is needed to construct a building for the school, as well as for educational materials, the honorarium for a teacher, and the provision of a midday meal for the children. CRS would also like to expand their work with this community into a health programme which would provide health clinics for school children and the wider community, run health awareness initiatives, and tackle the problem of iron deficiency anaemia which is widespread. Clean drinking water facilities are also desperately needed.