Balarampur is a small village located in the South 24 Parganas district of West Bengal, which is recognized as one of the country’s most backward districts.

This rural area sits between the southern fringes of the Kolkata metropolitan area and the Sunderbans delta. It is a low-lying area and the annual monsoons flood large areas and cause severe damage to agricultural land. This leaves the soil with high salinity levels.

Despite the difficulties, much of the population is dependent on farming for their livelihoods. Most farmers are engaged in mono-cropping. Rice is the principal crop but cereals, oilseeds, watermelons and other fruits and vegetables are also grown. Surplus crops are sold in local markets. Some seek employment outside the village, even travelling as far as Kolkata for work.

The village of Balarampur has just over 1,000 people (200 families), over half of whom are children. Most of the villagers are Christian. As the village is relatively remote and there is no town of any size nearby, villagers must travel a distance to reach government-run schools so large numbers of children remain at home and, as a result, the illiteracy rate is high.

In 1997, a group of Christian young men in Balarampur decided to form a voluntary organization which they called Balarampur Mother Teresa Pally Unnayan Samity. Their aim was to undertake community development activities at the grassroots level, with programmes for children and women, as well as healthcare for the whole community.

Mother Teresa Pally Unnayan Samity appealed for support for their education project in 2005. While CRS staff were surveying the area, they observed that the community had to travel a long way to reach the nearest health centre. One of the UK Friends of CRS, Mr Henry Blyth, donated the funds for a Community Health Centre, which was constructed in 2006. See before and after pictures below. As a result villagers can now get immediate healthcare and support rather than travel great distances. 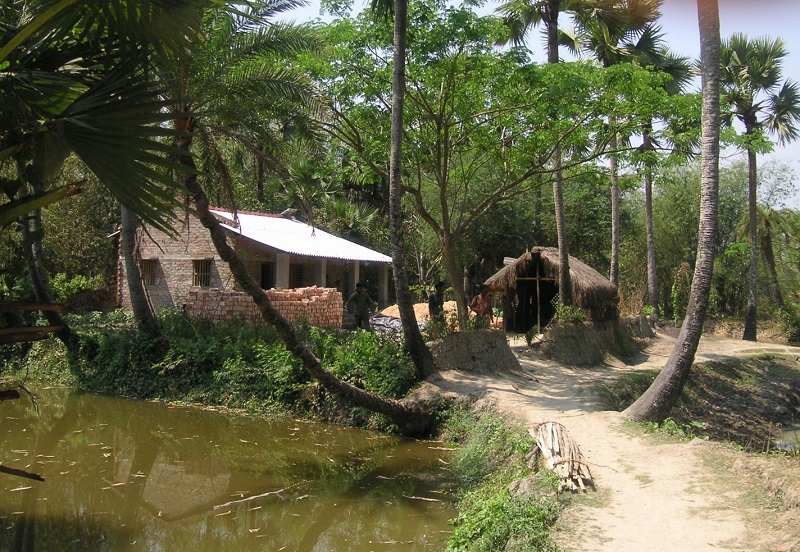 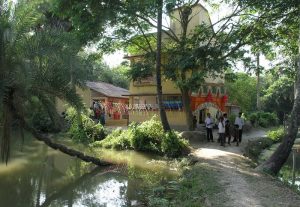 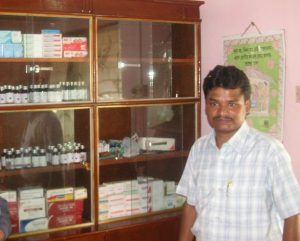 CRS continues its long-standing health programme at Balarampur through supporting the equipping and staffing of the health centre. There are general health check-ups and the distribution of medicines throughout the month. In addition a health clinic is held at the school once a month.

The CRS community health worker visits the health centre periodically to conduct health awareness camps on different issues relating to health and hygiene. In addition, in collaboration with the local authorities, a government health officer visits the centre to disseminate health awareness information to adolescent girls and children attending the education centres.

A Health Fund has also been initiated from small contributions made by community members which could be used to cover the costs of a major sickness requiring hospitalisation and specialised treatment.

“My sari caught fire while I was warming milk on the stove. I was engulfed in flames as I screamed for help. The fire was put out but I collapsed from the severe pain. When I woke up I was being treated at our village health centre. The doctor then sent me to Diamond Harbour sub-divisional hospital where I stayed for three days. I have since continued with the treatment at our village health centre. My skin is gradually becoming smooth again and the burn marks slowly fading away”.

Support is required to continue this vital work, particularly the provision of medicines and equipment for the clinic and an honorarium for the doctors and health workers.